In the situation described in the case study “TURNING AROUND A BUSINESS DIVISION” on the Case Studies page of this website it talks about a technical business division that was not performing at its best. I want to dig a bit deeper into how that team was turned around.

When I turned up the team had experienced 3 Managers in just over 18 months. All of my predecessors had tried to effect a change, aiming at getting projects delivered on time to a range of challenging clients, however their focus was reportedly applying a bigger and bigger stick in each case.  The morale of the individuals was at rock bottom, their trust of ‘management’ was at an all time low, and their frustration was escalating day by day.  It’s also relevant to understand the actual buildings layout that the company occupied. They were spread across 3 blocks that were on the same campus, not physically far apart but psychologically they were segregated, split between the ‘Management’ block, the ‘Development’ block and the third where finance and other operational functions were carried out. The key issue for me was having a desk in the management block, with my team in the development block. Being that far apart from the team I was leading was not a situation I could live with, so I moved my desk across to sit with them. Initially this was a little unsettling for the team, because it was different, and the mistrust that was in abundance left some of them thinking that I was just a management spy.

I started a process of getting to know each individual on a one-to-one basis, understanding their personality, their motivation and their circumstances (e.g. length of time in role, career aspirations, issues and frustrations). A key observation was that business targets were applied individually, so personal performance against targets were the measure of success, no goals were shared between the team. So as I went through the annual reviews I implemented a process of ‘Matrix Targets’, this gave a mechanism such that a developers objectives included success of overall project implementation, and a project manager’s objectives included increased productivity from the development and testing teams. In essence, this ensured everyone was focused on helping and supporting others and not themselves exclusively.  Having these shared objectives brought the team closer together, and with continued discussions, mentoring and making other demonstrable changes I was able to support the team through to a better working environment and therefore increased divisional productivity. 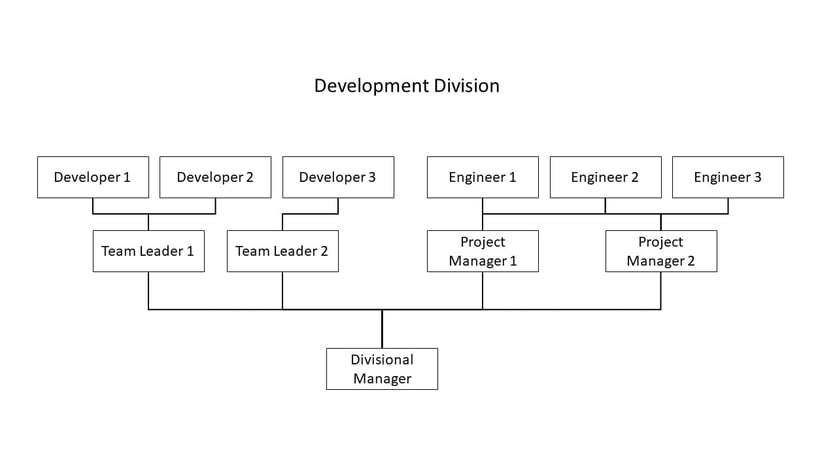 Through this process it was important to remind the whole team that customers pay money primarily for the work that they do, not from what I do as a manager; I don’t cut code or install systems, I facilitate the process.  To visually represent this I turned the organisation chart literally on its head, and presented it to them. This caused quite a bit of discussion after they listened to my explanation, it was probably the most significant individual revelation that made all of my future discussions with them more productive.

These changes were evident to the companies Executive team as they could see the improvements in the fact that projects were getting delivered on time, customers were happy and were coming back for more, and the revenue was starting to flow predictably.  The moral of this case study is that if you pay attention to the detail and to the individuals, as a manager you can maximize the full potential of your team.